MOSBURG Legal is a limited liability corporation (Gesellschaft mit beschränkter Haftung – GmbH) with its registered office in Wiesbaden. The competent commercial register is the local court (Amtsgericht) Wiesbaden (registration No. HRB 28991). The company is admitted to practice with the Frankfurt Bar Association. It maintains a professional liability insurance with a total coverage of EUR 10 million (multiple maximized) with Allianz Versicherungs-AG.

Dr. Veit Denzer has been admitted to the legal practice in 2001. In addition to positions at Gleiss Lutz (Associate), Skadden Arps (European Counsel) and Bryan Cave (Partner) in Frankfurt, Stuttgart and London, among others, Dr. Veit Denzer also worked for four years as CFO and Head of Legal at a medium-sized company in the packaging industry.

Dr. Veit Denzer studied at the universities of Bayreuth, Munich (LMU), Bilbao (Deusto) and Mainz. Besides his law degree, he also completed the additional economic education at the University of Bayreuth and graduated in business law (Wirtschaftsjurist). 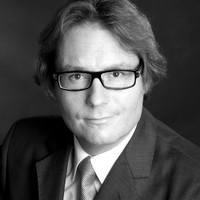 MOSBURG Legal has a large network of like-minded law firms in Germany and abroad for all corporate and commercial practice areas and regularly cooperates with legal temporary employment agencies. If required, a powerful and highly specialized team is available to you at any time. Assignments are made directly by MOSBURG Legal, which retains central control. This means that you receive seamless service from a single source. The teams are always as large as they need to be – but only as large. “Partner Attention” is not just a mere promise for us. You will not experience overstaffing when engaging us.